CEO of Alea Global Group – Mohammad Al Duaij – addresses an audience of CEOs and business leaders during a visit to Milan last month. 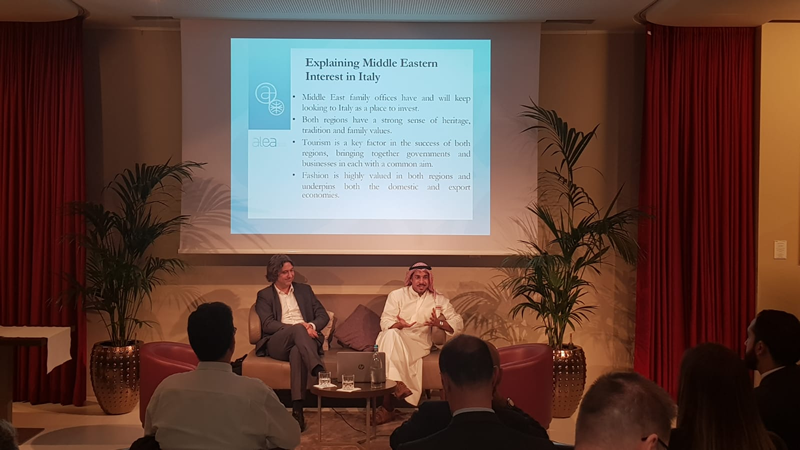 The venue for the talk, Clubhouse, is a relatively new members club which encourages a mixture of informal networking, relaxation and business – a combination of elements that Alea Global Group always seeks to create at our own events.

During the gathering at the venue in the Brera district of the city, Mohammad discussed many practical aspects of investing in the Middle East.

He also covered the Middle East’s potential and current relationship with Italy, citing the many ways in which the two regions share similar values.

The audience in attendance was a mixture of those interested in investing in the Middle East, and those who would seek Middle Eastern investment in their own projects in Italy, as well as those already in the initial stages of doing business across the two regions.

Mohammad’s visit to Milan coincided with another visit to Venice, where he spoke to university Alumni on similar topics to help them build their business relationships with the Middle East.