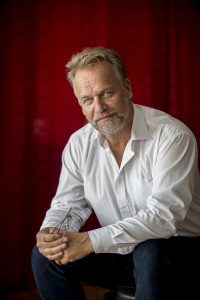 Chlorine Dioxide Solution (CDS): A chemically different substance from bleach, yet often mistakenly dismissed as such, could this purifier hold the key to Coronavirus recovery?

Or is it simply dangerous wishful thinking?

The following is not medical advice, but rather an opinion piece in which we have found that an opinion is surprisingly difficult to form.

In an open paper titled ‘Chlorine dioxide for coronavirus: a revolutionary, simple and effective approach’, biophysicist Andreas Kalcker lays out exactly why he says CDS can be used to combat Coronavirus. Andreas Kalcker’s explanations, in video and written form, are quite simple.

This is a water purifying solution, he says, which is safe to ingest under some very specific conditions, and which targets illness in the body while at the same time oxygenating the blood.

But could this really be the case?

With several patents and an apparent burning desire to gift all of his data and research to the world for no financial return, it is easy to understand why Andreas Kalcker may be a figure of suspicion in a world where pharmaceutical patents can be worth billions of dollars.

Andreas Kalcker has indeed become a controversial figure because of his 13 years studying this particular substance as a potential treatment for many ailments. To say he divides opinion is an understatement.

But it is neither Andreas Kalcker himself, nor opinion, we are seeking to examine, but the validity of the claims he presents in direct relation to Covid-19.

Andreas Kalcker has never been so sought after as during this global pandemic. Appearing on the news and doing several interviews a day on TV and online, he is appealing to governments to study his data, and – if it is found to be accurate – to give their citizens the option of using CDS in the fight against Coronavirus. The blood data, he says, can easily speak for the effectiveness of CDS on its own.

But how likely is CDS to enter mainstream conversation? That all depends on whether we can collectively move past opinion and misconception to look only at the data Andreas Kalcker says he is happy to provide – assessing it on its own merits.

Certainly nothing less than this will persuade a devoted number of CDS users that the substance has been given proper consideration. Ignoring this issue is certainly not making it go away.

Headlines currently refer to CDS as ‘bleach’, immediately infuriating audiences on both sides of the debate.

CDS is, in fact, a chemically different substance from what we think of as bleach. A significant portion of Andreas Kalcker’s argument for safe and controlled usage is that CDS is already safely added to drinking water and food around the world. Chlorine itself is indeed also present in our table salt, showing that our relationship with it is more complex than it might seem.

For those who already take CDS regularly – who say they know that it is not the same substance as bleach, and who have not experienced obvious ill effects from taking it in certain specific ways – the bleach argument is a frustrating one.

For those who know nothing of CDS, hearing it referred to as bleach effectively ends the conversation. Ingesting bleach is not on the agenda, and nor should it be.

Andreas Kalcker himself is quick to note that CDS can be dangerous in its own way if improperly used. But this, he says, makes it no different to any medicine.

This ongoing row creates a divide between public health messages and CDS advocates which we believe can only be bridged with some neutral expert examination of CDS in the context of Covid-19, either debunking it or otherwise.

This is the only way to quiet a debate which otherwise continues to rage. Is CDS, as laid out in the data and claims of Andreas Kalcker, safe or dangerous? Is it effective or ineffective? Let us break down the information provided, directly and on its own.

As part of our due diligence in exploring this subject, we reached out to various scientific and medical experts to see if they would pull apart, critique and rebuff the specific claims laid out within paper produced by Andreas Kalcker. At the time of publishing, no such criticism of the work had been forthcoming.

This could simply be because the topic is too hot to handle. It certainly does not necessarily mean that CDS is effective against Covid-19, or any illness, but what it does mean is that we do not know enough to be able to quiet its advocates, and this is a troubling problem.

Hearing the news that anti-malaria drug Hydroxychloroquine (also containing chlorine) is being considered to treat Covid-19 has raised the volume of CDS advocates worldwide.

Having delved deep into the debate as it has played out online and in the media, and having heard many unverified claims about its effectiveness we will not repeat in print, we now hope for one course of action more than any other: further exploration in controlled and scientific context.

Because in a global pandemic, shouldn’t all potential avenues of hope be explored?

We are not alone in asking this, because that is exactly the question being asked in a medical setting right now. A clinical trial to treat Covid-19 patients with CDS is currently being carried out in a South American hospital.

And while we can’t verify Andreas Kalcker’s claims that CDS is also being used in various hospitals and military hospitals, the clinical trial he references on his website is certainly publicly visible on the global website clinicaltrials.gov.

It is our hope that, even if there is the smallest chance that CDS could hold the key to speedy recoveries from Covid-19, we will see leaders and medical professionals take the time to read any and all available data, for the purpose either of careful consideration, or of a more informed dismissal than we have currently been able to find, with a view to finally settling the matter..

To read the paper mentioned above, visit andreaskalcker.com.